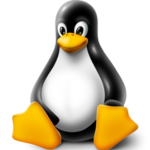 This guide provides information and example terminal commands for Linux, relevant to users of OpenFOAM.  Commands are written that refer to OpenFOAM, e.g. they include OpenFOAM Linux environment variables.  Those commands that refer to OpenFOAM will only function as stated, if they are executed on a machine on which OpenFOAM is installed and the user’s environment variables are set up for OpenFOAM, e.g. as described in the source download page (see Setting Environment Variables).

Data is stored in files and with the filing system managing the names and hierarchies of files and directories. The copy command (cp) copies file data to a file with a new name. The move command (mv) simply renames a file or directory, or alters its location in the directory hierarchy, so involves no writing of file data.

Sometimes it can be useful to print text files to the terminal.

It can be useful to search through files for expressions using the grep command.

The find command allows us to search quickly through files in the filing system.

Searching for an expression in a large number of files

Combining find and grep allows us to search for an expression in large number of files. For example to search through all OpenFOAM .C source files to find one containing the expression kepsilon (case insensitive):

An alternative syntax, that executes slower is:

When something is typed terminal command line, a process (or job) is executed. For example, we may wish to execute a process that runs a text editor called gedit. We could open the Allwmake file mentioned earlier by typing

This starts the gedit application in the foreground of the terminal window. We now have no control over the command line prompt in the window. One way to regain control is to shut down the editor; a brute force way to do this, is to hit <CTRL-C> in the terminal to kill the process.

If we wish to execute gedit in the background from the start we can add an & to the command line on execution, i.e.

Information about running processes can be displayed by typing

The killall command can kill all gedit processess, e.g.

Manage Cookie Consent
This website uses technologies like cookies to function properly. There are some technologies on the site which process data such as browsing behaviour or unique IDs. If you do not wish to give consent to process this data, click “Deny”.
Manage options Manage services Manage vendors Read more about these purposes
View preferences
{title} {title} {title}
Learn Effective CFD with OpenFOAM

Why wait?  The cost of a single course can be equivalent to:

See our Essential CFD and Applied CFD courses for details