CFD Direct is pleased to announce the release of version 8 of CFD Direct From the Cloud™ (CFDDFC®) for Microsoft Azure. CFDDFC provides an image of an Ubuntu Linux virtual machine (VM) configured with OpenFOAM v8 and supporting software. Users can launch pay-as-you-go VMs from the image in minutes and connect via remote desktop or terminal login using SSH.

Azure offers a wide range of VM types including the compute-optimised F-series with up to 36 physical cores (F72sv2) and the high performance computing H-series. Product details and pricing are listed at CFDDFC in the Azure Marketplace. The plan listing includes the OpenFOAM and Ubuntu version numbers and packing date, e.g. “CFDDFC-OpenFOAM8-20200916-Ubuntu18.04” for the latest version (see below). 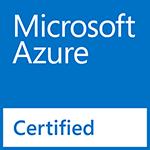 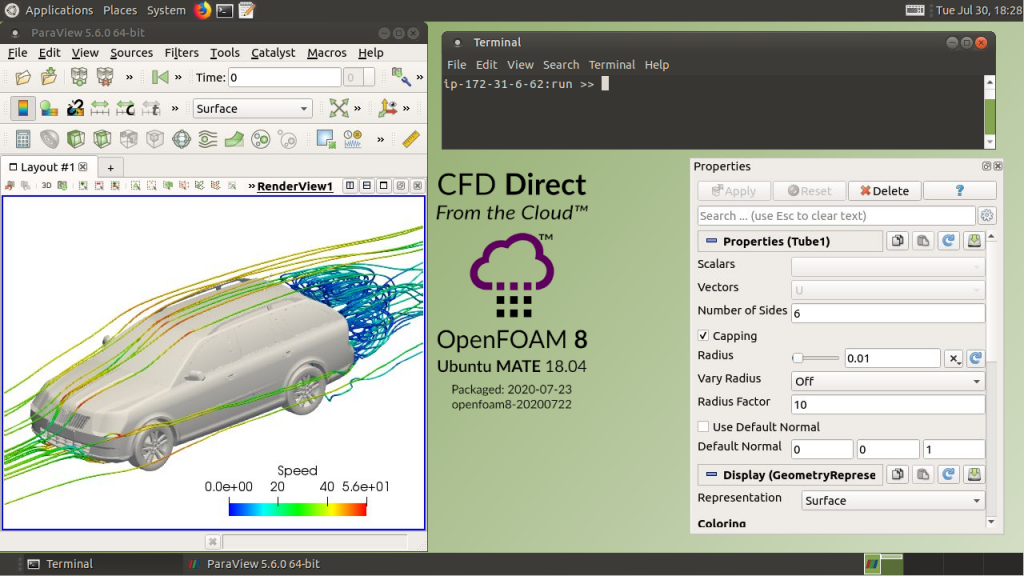 CFDDFC has focussed largely on support for AWS since the first release in 2015 as shown in the history summary.

As the release history shows, we released CFDDFC v4 in 2016 for Azure, but there were no releases of versions 5-7. Following this release of v8 on Azure, we are committed to support CFDDFC on Azure as standard. Over the coming months, we plan to develop the CLI to support Azure to give users the option between AWS or Azure to launch and run OpenFOAM CFD in the cloud.

CFDDFC v4 will be no longer available on Azure after 31st December 2020. The timing of its removal gives users fair notice to upgrade to v8 while recognising that an upgrade to the OS is overdue. CFDDFC v4 runs on Ubuntu 16.04 LTS which is no longer supported by Canonical beyond April 2021. The CFDDFC v4 image does not include security patches, in particular in relation to the Meltdown and Spectre vulnerabilities reported in 2018. Those vulnerabilities are exploited by malware so do not pose a significant risk in the CFDDFC platform (since no malware is installed). Nevertheless, we want to encourage users to a newer OS, hence the decision to deprecate v4 at the end of this year.